Strange as it is to think, England should have been playing at Wembley in the European Championship finals on Friday night. Players like Harry Kane and Marcus Rashford would have been on the same team, fans would have been in the stadium.

If that already feels like an image from another age then in and around the empty, cavernous bowl of the Tottenham Hotspur Stadium there was enough to remind us that some things in football remain exactly the same.

This was a decent game, the best of the second coming of Premier League 2019-20 so far. It started slowly and improved greatly. Both these teams remain a little way from what they would like to be, though. 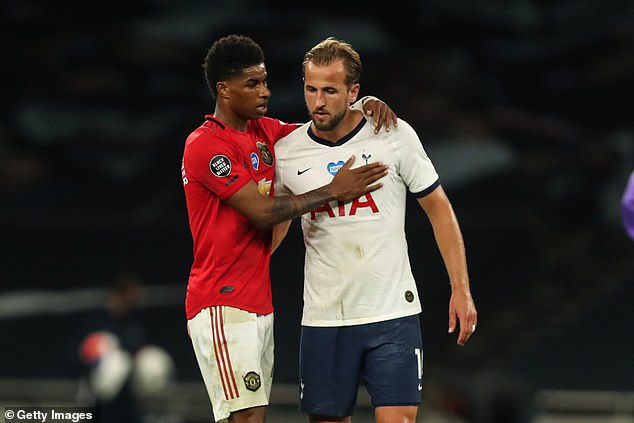 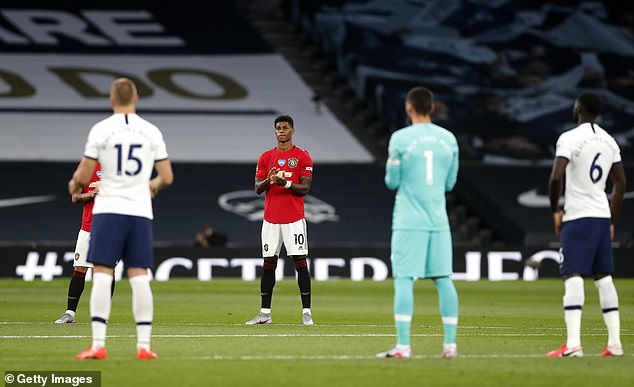 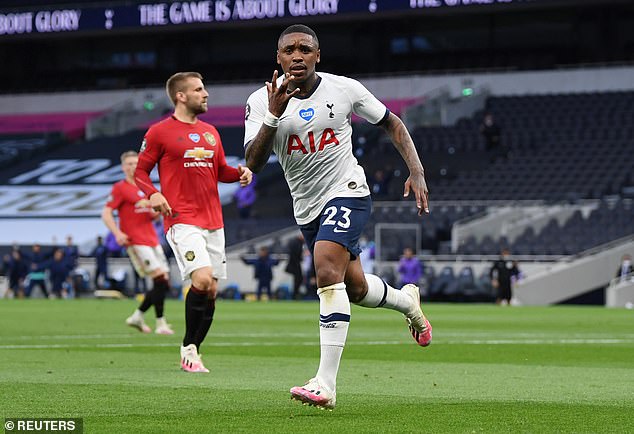 They reminded us of that in patches. Tottenham have lost that beautiful athletic power of their Mauricio Pochettino pomp. Manchester United, meanwhile, have good players but too few.

Paul Pogba showed just how maddeningly gifted he is. We knew that, too. Kane started as slowly as he always does on return from injury while, sadly, David de Gea provided evidence to support the argument that he is a goalkeeper on the wane.

And there was more. At half-time, high up in a Sky studio, Roy Keane came flying out of lockdown with a lot of hair and some opinions typical of his back catalogue. As for VAR, it was back and in a good way. 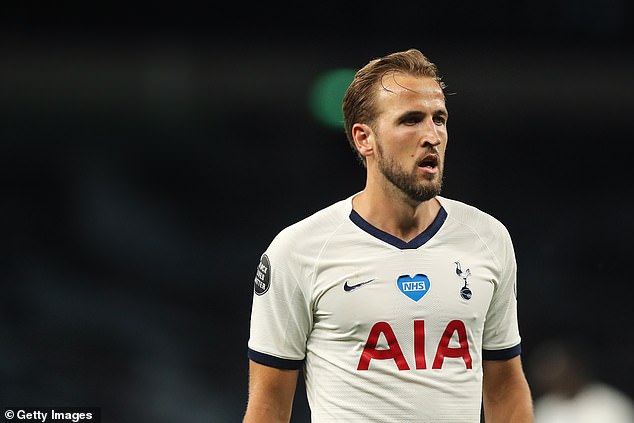 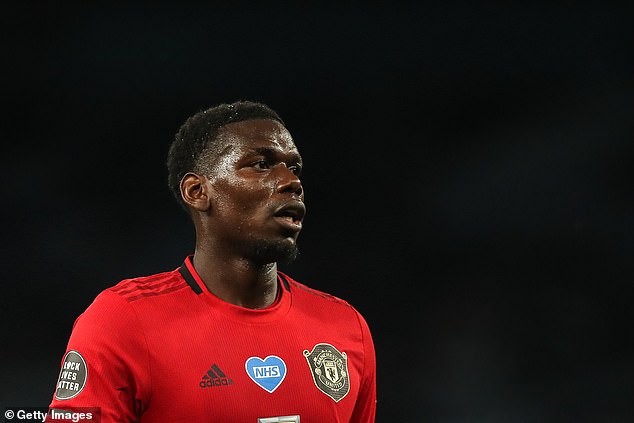 The call made to overturn Jon Moss’s late decision to award United a second penalty for what turned out to be a ghost foul by Eric Dier on Bruno Fernandes was the right one and evidence of just how valuable the VAR system can be when used properly. It prevented a great injustice being done and that is what it is there for.

In terms of the flow of the football, a draw was the right result. These teams remain star attractions in their own right in the Premier League. Both still have something to commend them.

Tottenham can still flow nicely on the counter, if only Jose Mourinho would give them the courage to command a little more of the ball. Like they used to. Their goal, crashed in off De Gea’s body by Steven Bergwijn, was terrifically taken.

United have a talent in Fernandes and an utter enigma in Pogba. The Portuguese – signed in January – was influential all night, his team’s best player.

Pogba, given half an hour as a substitute, won his team the penalty from which his team equalised and then produced a 35 yard through pass to Rashford – struck imperiously on the half volley – that was staggeringly good. 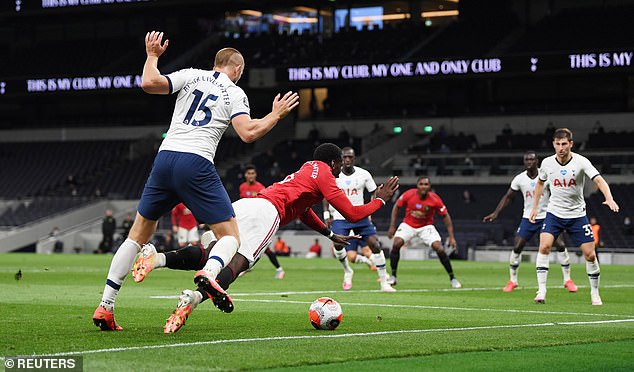 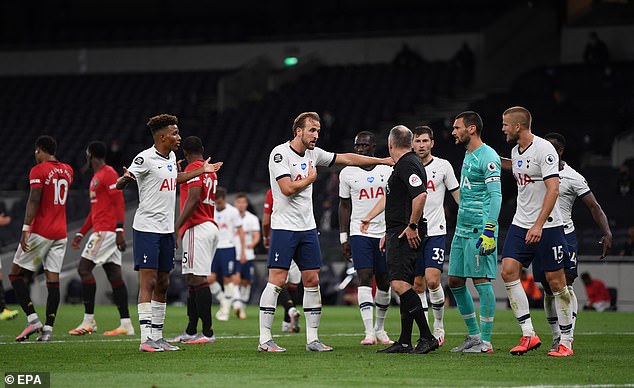 The issue for manager Ole Gunnar Solskjaer will be whether Fernandes and Pogba can play together routinely. Both like the ball. Both like to be the metronome by which United set their rhythm. Sir Alex Ferguson once tried to fit Juan Sebastien Veron and Keane in to the same team and failed. Sometimes, there is just room for one.

With Keane in mind, his interval destruction of De Gea, Harry Maguire and Luke Shaw was extraordinary even by his own wild standards.

De Gea, he suggested, should have been punched in the dressing room at half time and then refused entry to the team bus for the journey home. With Keane on board in this mood, one wonders if even the driver would have been brave enough to get on.

Keane was right to criticise, of course. Just wrong to be so ridiculously annoyed by the whole thing. Shaw and Maguire were both to blame in the build up to Bergwijn’s goal while De Gea should have saved the low shot. 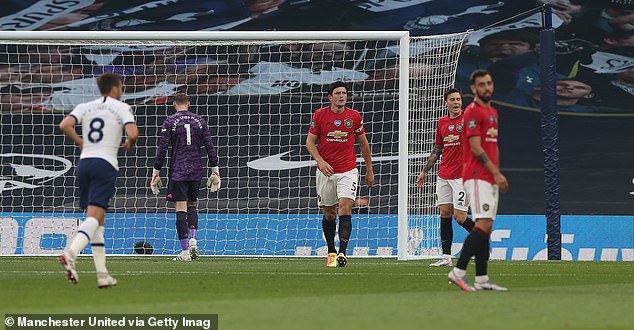 There have been too many of these moments in the second half of De Gea’s United career. He really is a goalkeeper who has stayed at one club too long. Moments after his blunder, he made a superb save to deny Son Heung-min but that isn’t the point. The point is that his error changed the whole mood of the game and had United not recovered sufficiently to get back on terms in the final half an hour then the Spaniard would have been almost entirely culpable.

The worrying thing for De Gea is that he makes the same kind of mistake over and over. Shots have started to go right through him. He is only 29. He should be at his peak but he is not and something is very clearly wrong.

That problem is one of a few facing Solskjaer. Another is the lack of a reliable goalscorer. Marcus Rashford, for all his admirable deeds of the last week, is not one. We saw that again here.

Yes, this was a reminder of what we have missed since things altered in March. The world changes but footballers don’t. 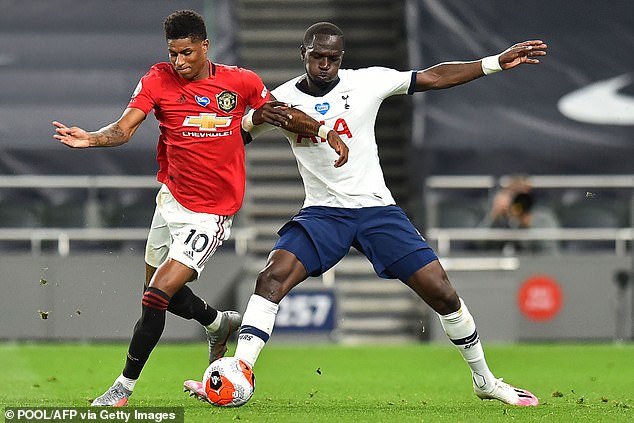