The great-great-grandson of Anna Short Harrington, who is said to have inspired Aunt Jemima, says he wants reparations because the actress’s likeness was used by Quaker Oats without his family being properly compensated.

Earlier this month, Quaker Oats acknowledged that Aunt Jemima’s origins were based on a racial stereotype of a ‘mammy’ and announced that the company would be removing the image and name.

During that announcement, the company also promised a $5million donation over the next five years that will ‘create meaningful, ongoing support and engagement in the black community’.

However, Harrington’s great-great-grandson, Larnell Evans Jr, 47, is not impressed with Quaker Oats’ decision, calling it ‘the easy way for them to go’ in an interview with the Daily Beast.

‘I guess you would say, that’s saving money,’ said Evans, who in 2014 filed a lawsuit against PepsiCo, the owner of Quaker Oats, claiming they failed to pay royalties to Nancy Green – the enslaved woman who the original Aunt Jemima branding was based on in 1834 – as well as their great-grandmother, Harrington.

Evans and his nephew, Dannez Hunter, who didn’t have a lawyer and represented themselves during the lawsuit, asked for $2billion and a share of the sales revenue.

According to Evans, Harrington, who started portraying Aunt Jemima in 1935, ‘had her own recipes, which was very unique’. 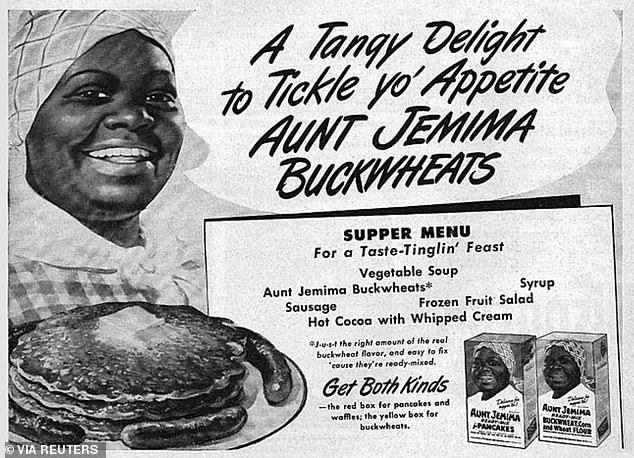 Earlier this month, Quaker Oats announced that the company would be removing the image and name. The company said it will also donate $5million to support the black community. Aunt Jemima has evolved its imagery over time but the name still evokes memories of slavery

They said their great-great-grandmother helped to formulate the self-rising pancake mix’s recipe.

The case was ultimately dismissed by a judge after Quaker Oats insisted Aunt Jemima was not based on Harrington.

The lawsuit that Evans and Hunter filed involved the Aunt Jemima logo that Quaker Oats copyrighted in 1936.

Evans and Hunter claimed in the lawsuit that the image was derived from Harrington’s face. That information was reportedly laid out in the contract signed by both parties.

Quaker Oats argued that the character was fictitious and wasn’t based on a living person.

According to the Daily Beast, PepsiCo filed to dismiss the case, arguing that their 15 claims either weren’t recognized by law, weren’t established with evidence, or were implausible and that Evans and Hunter lacked the documentation that proved they were related to Harrington.

‘We had a family tree. We have all the death certificates. We have the obituaries. There’s no way that they can say, “Oh they’re not related,”‘ Evans told the Daily Beast. ‘I always knew she played Aunt Jemima. That’s just a given fact.’

During the court proceedings, Hunter drafted the motions and Evans proofread the documents.

Looking back on the case, Evans admitted that while law ‘was always a very interesting topic for both of us… we wish we’d hired a lawyer, because they didn’t take the case seriously’.

Harrington was born in 1897 and grew up in Marlboro County, South Carolina.

Her family lived on the Pegues Place plantation where they worked as sharecroppers. 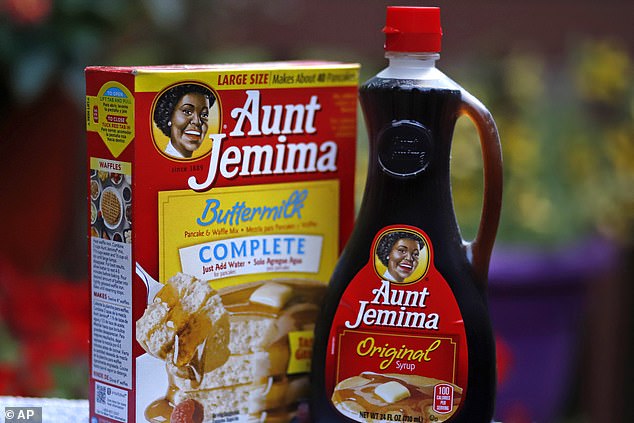 However, Harrington’s great- great-grandson, Larnell Evans Jr, 47, is not impressed with Quaker Oats’ decision, calling it ‘the easy way for them to go’ 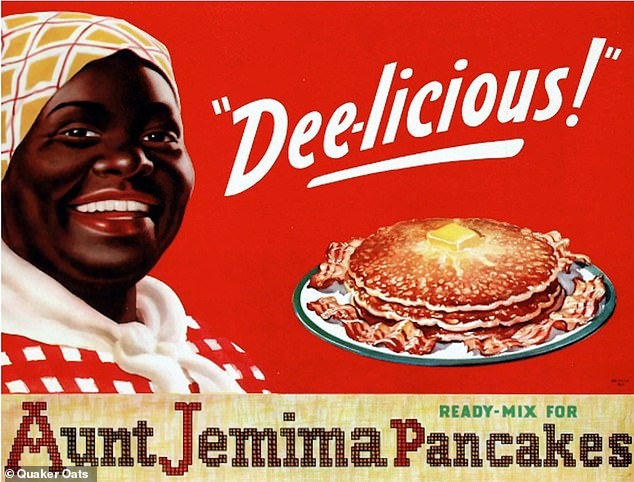 The lawsuit that Evans filed involved the Aunt Jemima logo that Quaker Oats copyrighted in 1936. Evans claimed in the lawsuit that the image was derived from Harrington’s face

In 1927, Harrington, who had three daughters and two sons, moved to New York to work as a maid for a family in Nedrow.

A year later, she was reunited with her children in Syracuse, New York, where she cooked for fraternity houses at Syracuse University.

It was in 1935 that she was discovered by Quaker Oats while she cooked pancakes at the New York State Fair.

Harrington portrayed the character until 1954.

She died in Syracuse in 1955 at the age of 58, and was buried at Oakwood Cemetery.