By Tom Farmery for Mailonline

The hectic pace at which the championship usually takes place may not be back yet, but the excitement, general chaos and sheer unpredictability are.

For the better part of 88 minutes, Fulham appeared on the side most likely to claim his first three points after returning from second level football and to close the gap on West Brom in second.

But then it wouldn’t be the crazy league if it all had a logical conclusion. 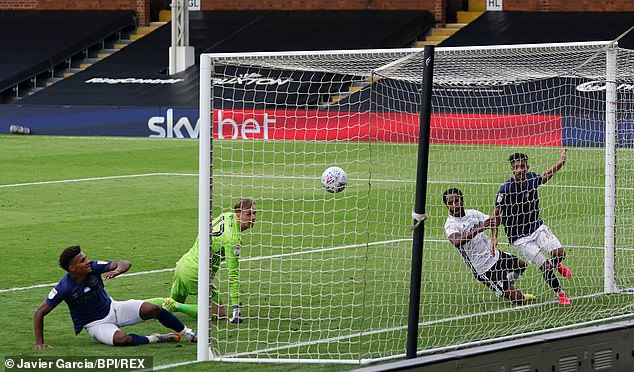 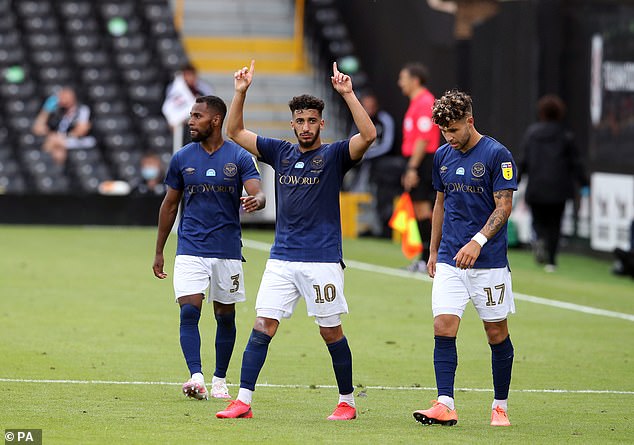 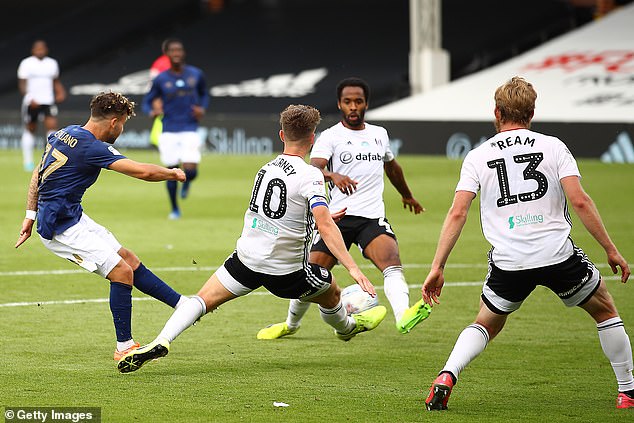 There were two minutes left on the clock when Said Benrahma, the player Chelsea, among many other Premier League hitters, slipped into the six-yard box to convert the center of the substitute Emiliano Marcondes. Three minutes later, Benrahma installed Marcondes to seal what was not a convincing win to move Brentford to a point in Fulham.

Such a win would usually be greeted by jubilant fans outside, but these were strange moments and the Brentford players opted for a more moderate approach in front of visiting club staff.

Another reminder of the effects of the coronavirus, as if it were necessary, came in the form that Bryan Mbeumo of Brentford missed the match after being tested positive before the match. “Come on boys,” Mbeumo tweeted, looking from his house.

Tariqe Fosu took his place on the right of the top three from Brentford with Ollie Watkins and Benrahma.

Their threat was largely canceled for the first stages, Fulham adapting better to the slower pace expected.

Aleksandar Mitrovic, a little unrecognizable with full hair but no less fiery in his approach on the field, did a lot of the leg work for Fulham, harassing and harassing Pontus Jansson while he went about his business.

Not only did Fulham adopt a more patient style of play, but he also created some good chances which, with more composure, could have allowed him to take a comfortable lead.

Bobby Reid hit the crossbar after Harrison Reed played it in space on the left side of Brentford’s penalty area.

Anthony Knockaert was in a good position 25 yards out when the ball came back to him, but his curling effort outstripped goalkeeper David Raya and his upper left corner.

Usually, these near misses would be greeted with gasps, but instead they were replaced by solitary applause from supporters who became stewards.

The lack of supporters, however, gives those in the stadium a level of understanding that you would not have otherwise if it were only a quarter full.

“He was always going to do it,” cried Watkins as Neeskens Kebano dropped his shoulder and passed Henrik Dalsgaard on the right side of the Brentford defense. 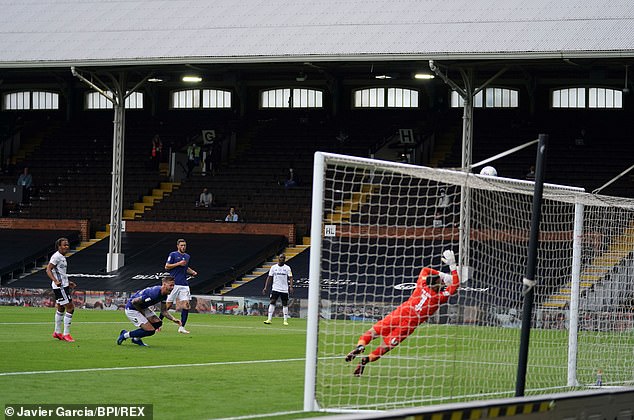 A rather high-pitched cry was caused by Mitrovic as he fought with Jansson before facing referee James Linington. This caused a few knowing smiles as Odoi yelled “oh s ** t” as the ball slipped out of his hands while making a throw-in.

Benrahma showed why interest in him was high, but finished a fairly mediocre first half for himself and his teammates with a cross that did not endanger Fulham’s defense.

Knockaert proved one of Fulham’s best performers and his clever footwork allowed him to play Reid smart, but he chose to try to find Mitrovic in the six-meter zone rather than shoot, which allowed for Dalsgaard to intercept and clear.

Mitrovic had the ball in the net after scoring in the center of Reid, but he was offside when he started his run and the goal was denied. 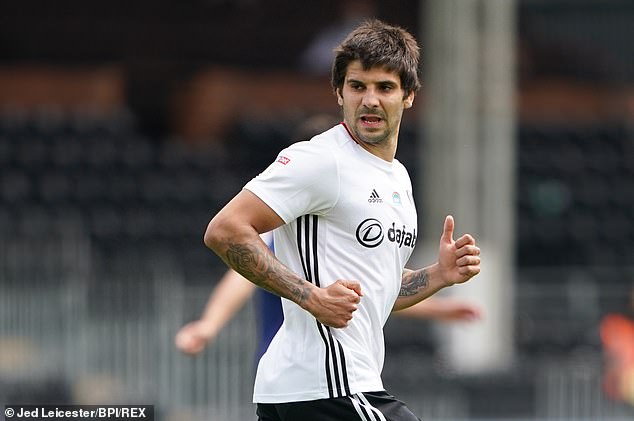 Some players’ rust started to appear as the 80-minute game approached.

Reed, who had dictated a lot of Fulham’s play in the midfield, was forced to leave after stopping with what appeared to be cramp.

“Dig deep,” said Harry Arter, running into the field to replace his teammate.

Advice that was better followed by the pairing of Brentford with Benrahma and Marcondes who decided to match with two clinical finishes that the Fulham attackers had not applied throughout.