By Marcus Townend for the Daily Mail

Royal Ascot’s Super Saturday card offers eight races, two at group one and some of the best horses in training, but the limelight could be stolen by a cheap underground gelding that cost only £ 2,800.

Irish coach Denis Hogan booked Frankie Dettori for Skeptical, 11-4 favorite for the £ 250,000 Diamond Jubilee Stakes, after claiming to be Ireland’s fastest sprinter in the Woodlands Stakes at Naas last week.

Skeptical’s victory in one of the most prestigious races in the five-day meeting, against an alignment including the 2017 winner The Tin Man in the race for the fifth time, would add a touch of color to a growing device dominated by mega-wealthy operations. 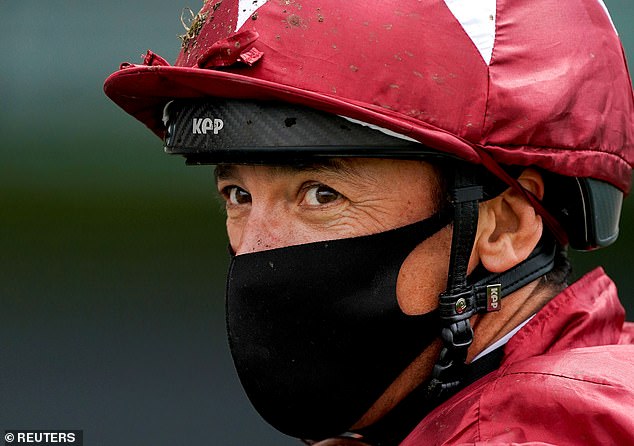 Skeptical’s victory at Naas was a catchy performance from a rejection of Sheik Mohammed’s Operation Godolphin empire. The four-year-old peanuts cost peanuts in terms of blood sales when they were picked up by Hogan co-owner and employee James McAuley and his brother Stephen during the Doncaster sales last August.

Hogan and McAuley chose to bypass Battaash in Tuesday’s King’s Stand Stakes, primarily to give the skeptic more time to overcome his Naas efforts.

The Tipperary coach said, “He was very impressive in Naas, but we have to work harder. I think we made the right decision.

“There will be many other opportunities to take on Battaash. We are inexperienced and I think he will learn from his first run in this type of business. It wasn’t much the longest distance of the race – six stadiums instead of five – but the choice of the race was rather to give him a little extra time after Naas.

“It’s only five more days, but five days can be the difference between overcoming a race and not overcoming it.”

McAuley made the trip from Ireland and Skeptical was hosted with Henrietta Knight, triple coach winner of the Cheltenham Gold Cup since Thursday. Hogan said, “James and his brother Stephen chose it. They liked it the first time they saw it for sale. They loved his stallion and he is a mannequin, a large horse power plant. He was just beaten during his first descent (at Dundalk in October) and we gave him a respiratory operation afterwards. It worked and he has won all four races since. “