By Emer Scully for Mailonline

Four men were arrested after a 21-year-old man was shot in the leg while sitting in the passenger seat of a car in a service driving a McDonald’s.

The victim was killed on Thursday around 5:30 p.m. while sitting in the front passenger seat of a black Ford Tourneo at Croft Retail & Leisure Park in Bromborough, Wirral.

The victim was taken to hospital for an assessment of a leg injury where his condition was described as stable, reported Liverpool Echo.

Detective Inspector Sabi Kaur said, “Four men have been arrested. However, an investigation remains in progress and I would ask anyone with information, a dashboard camera or video surveillance to contact us. “ 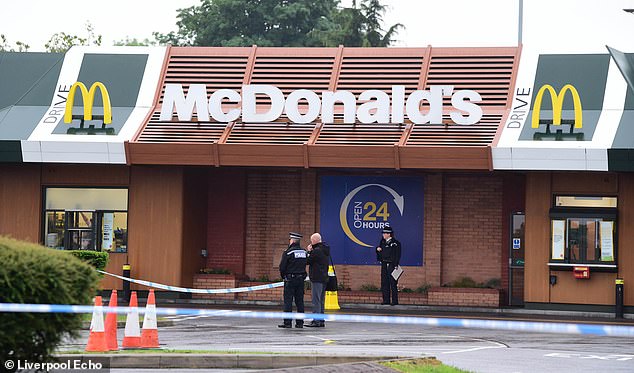 He revealed that “high visibility patrols” would be in Bromborough in the coming days to reassure the public.

It comes after police released a video surveillance image of a man suspected of having vital information about the shooting.

The offender allegedly traveled on foot to Asda before leaving the premises in a black vehicle with at least one other man.

Detective Inspector Matt Smith said, “We are in the early stages of our investigation, but we view this as a targeted attack at this stage.

“I want to appeal to anyone who thinks they know the man in the photo to contact us as soon as possible.” 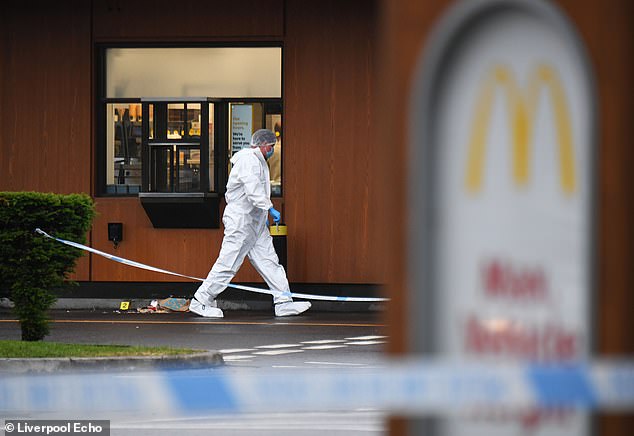 Officers conduct video surveillance, witnesses and forensic investigations at the scene and the community police team is patrolling today 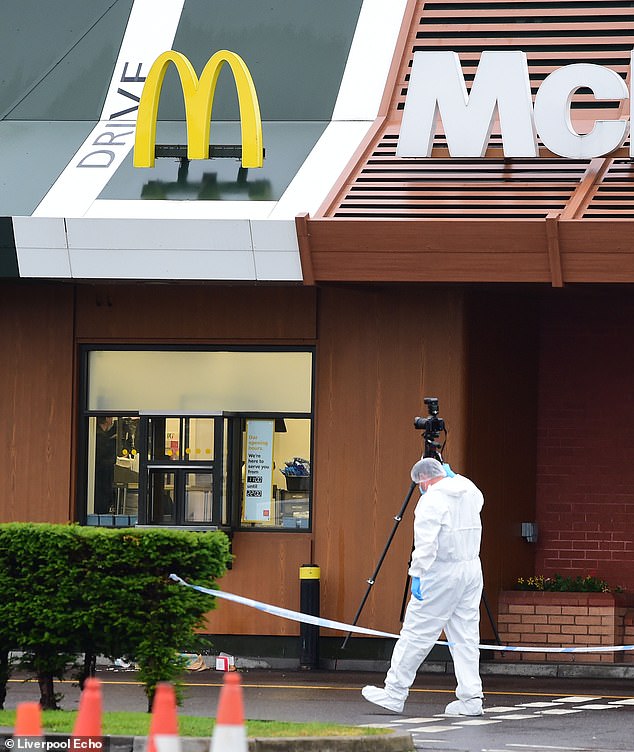 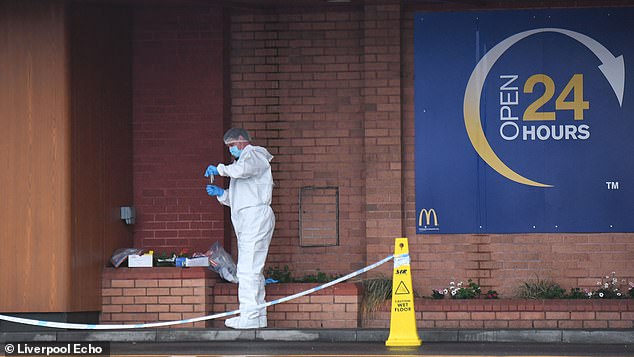 He added: “ I would also ask anyone who was in the area yesterday around 5.30 p.m. and who has information please contact us as soon as possible, so that we can establish the exact circumstances.

“I understand that this incident would have caused great distress to anyone who witnessed it.

“ No one should feel like they can use a gun in a busy area in broad daylight with people of all ages and I want to reassure the community that we are doing everything we can to locate the responsible person and that patrols will remain in the area to reassure and gather information.

“If you witnessed the incident, or if you have video surveillance, on-board camera footage or information, please let us know, as this could prove vital to the investigation.

“Gun crime will not be tolerated on the streets of Merseyside and we will continue to remove firearms and the people who store, carry and use them on our streets.”