‘I want to win at the Olympics but if it’s not safe then it’s not worth it’: British sprint star Dina Asher-Smith at peace with postponement of Tokyo 2020 Olympics as she targets delayed gold medal… and admits McDonald’s was first stop after Games were put back

By James Ayles For Mailonline

Sprint star Dina Asher-Smith has insisted she is happy with the decision to postpone Tokyo 2020 amid the coronavirus pandemic, and is determined to seize her chance when she can eventually go for Olympic gold, she told Harper’s Bazaar.

After winning 200m gold and 100m silver at the 2019 Athletics World Championships in Doha, Asher-Smith – the fastest British woman in history – was among Britain’s top medal prospects before the Games were moved.

Yet the 24-year-old was content at the move, and revealed how she treated herself to a McDonald’s and some Coca-Cola after hearing the news for the first time. 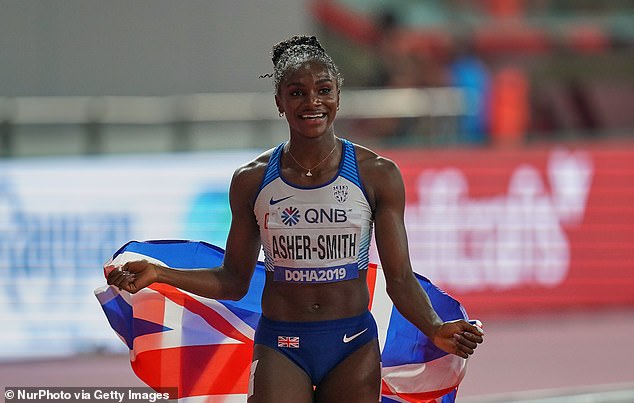 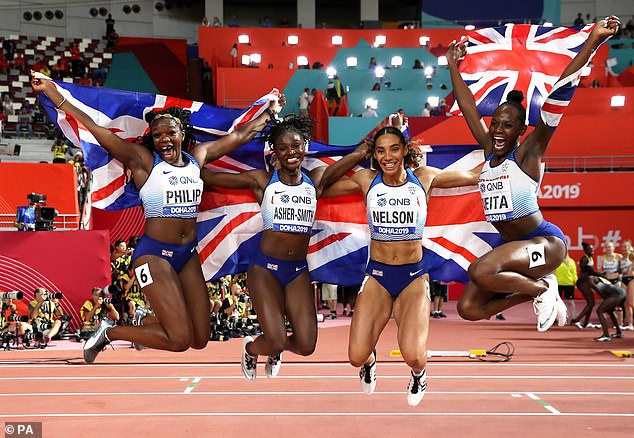 On whether she felt frustration at not going for gold this year, Asher-Smith told Harper’s Bazaar: ‘All my friends keep asking me that, but I’m actually really chilled about it. Other things are far more important.

‘I want to win at the Olympics, obviously, but if it’s not safe, then, well, it’s not worth it. After all, it’s just entertainment…

‘But I studied history at university, so I spent every day learning about death tolls and wars and bad decisions. I know I’m very fortunate that the most important thing in my life is running fast in a straight line – so I’ve always had the perspective of, “If it goes well, fab, and if not, then life goes on”.’ 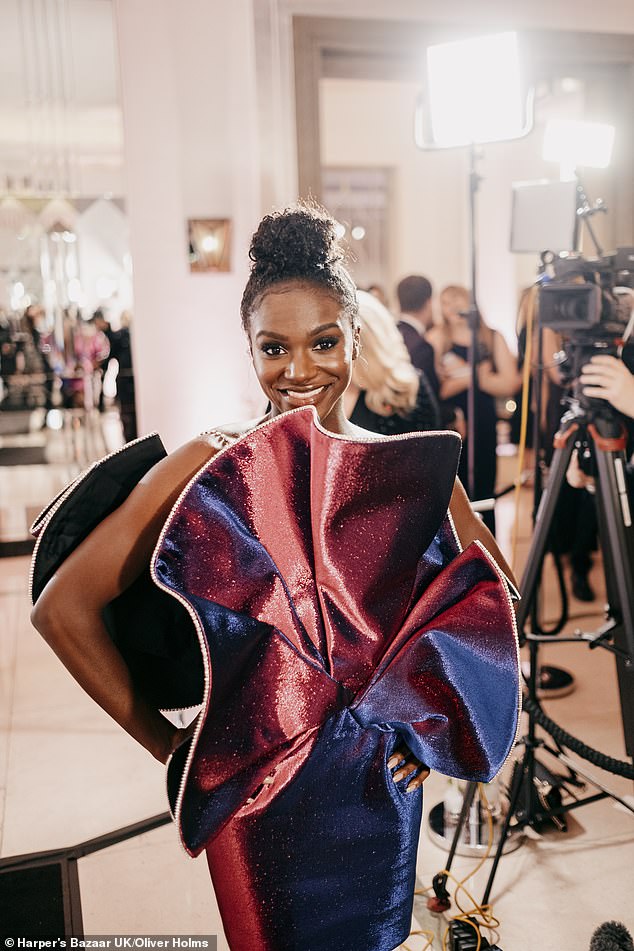 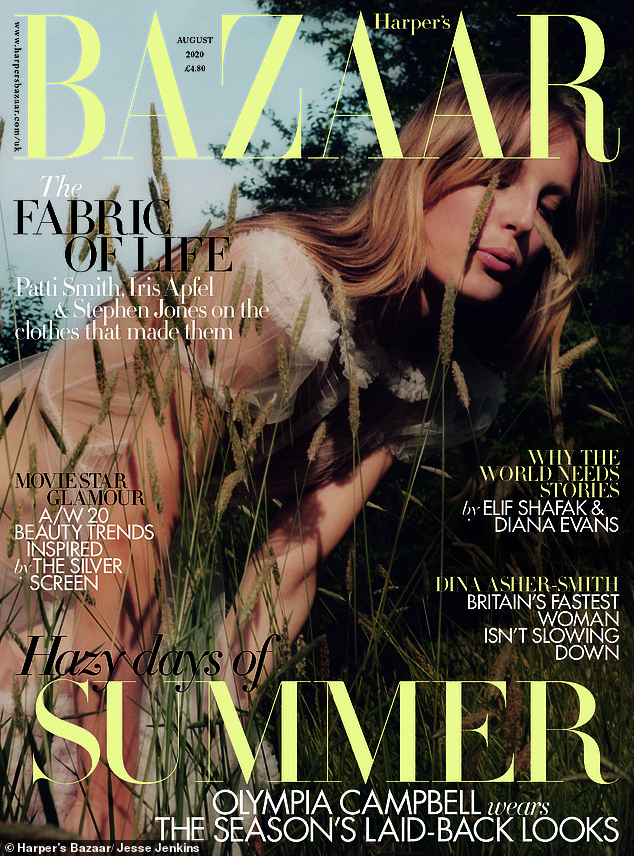 Asher-Smith has established herself as one of Britain’s greatest-ever sprinters, at just 24, at Doha managing to set a 100m national record of 10:83secs and another in the 200m of 21.88secs.

When the inevitable occurred, Asher-Smith revealed how she handled the news, with a quick trip to McDonald’s.

She said: ‘When I heard, I went out and got a chocolate cake and a six-pack of Coca-Cola, and I had a lot of McDonald’s apple pies.’

The sprinter, who has begun to dominate the European and global stage in recent years, admitted she realised quite early what was likely to happen.

Asher-Smith added: ‘I went through a period of realisation. I did an interview with a radio station in the Caribbean in January, and they asked me if I thought they would be postponed. 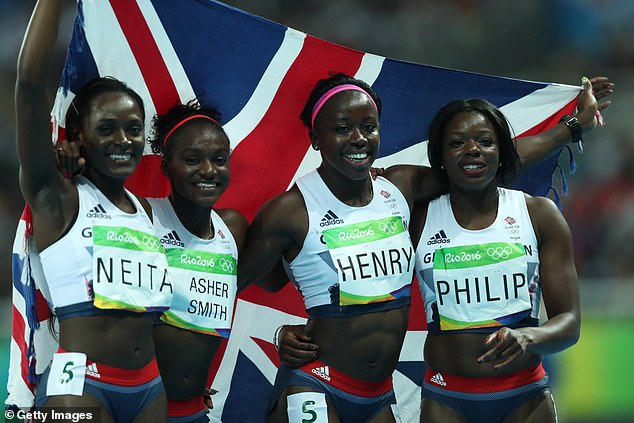 ‘I said, “No! Don’t be silly!” And as an athlete, until someone tells you the goalposts have definitely moved, you have to act as though they haven’t, because every day is vital for training.

‘But as time went on and it started to look increasingly unlikely that the Games would take place, I found it harder and harder to stay motivated.’

Still, Asher-Smith remains confident she can thrive despite the ongoing challenges posed by the pandemic.

She said: ‘For us, it’s all about timing. It’s something we’ve been working towards for years. Realistically, you might be at your peak for two Olympics, or three if you’re lucky. So it’s not just ‘the’ Olympics, it’s these particular Olympics.’

The August issue of Harper’s Bazaar is on sale from 02 July.

Readers are able to get their print edition Harper’s Bazaar UK delivered to their door, either by purchasing a single copy via www.magsdirect.co.uk/harpersbazaar or by subscribing today to get 6 issues for £15 at http://www.hearstmagazines.co.uk/.