It had been a difficult week at Queen’s Club but, up in his Tournament Director’s office on the pavilion balcony, Chris Kermode was reflecting that all’s well that ends well.

Wimbledon’s prime warm-up event had arrived at its Sunday climax with the two finalists, Marin Cilic and David Nalbandian, about to go on. In another world, the same occasion would have been happening this weekend.

The year was 2012, and the rain which had plagued the tournament had disappeared. Despite most of the bigger stars having lost early a decent final was in the offing. 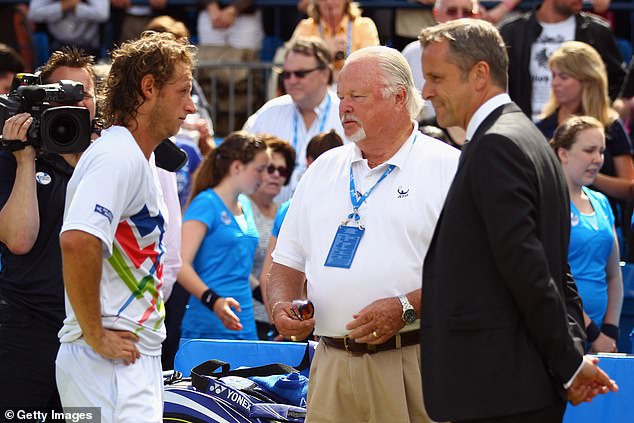 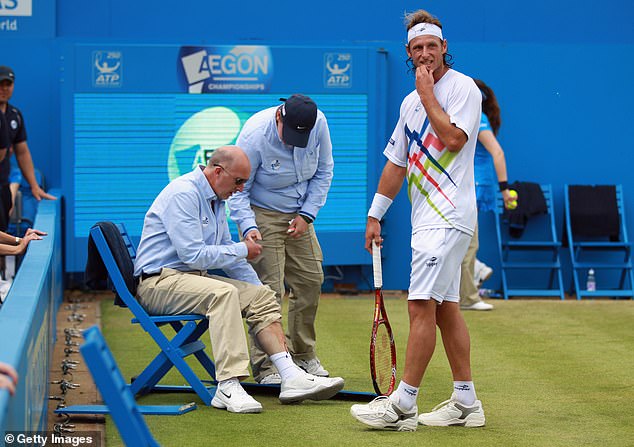 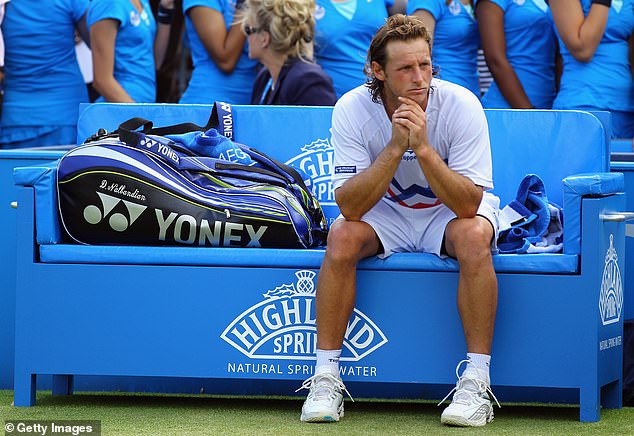 ‘Not everything had gone to plan after days of terrible weather, but the sun was out and I remember saying to my assistant that surely nothing could go wrong now,’ recalls Kermode ruefully.

Within an hour he was in full crisis mode. The generally well-heeled and appreciative crowd of 8,000 was transformed into a seething mass of hostility, following one of the most notorious moments in recent ATP Tour history.

Whatever might have happened this week, were it not for the Coronavirus, surely nothing would have caused the uproar as the historic defaulting of Nalbandian as the final came to the boil.

The Argentinian was narrowly leading 7-6 3-3 and the capacity attendance, including its usual smattering of names such as John Bercow and Alastair Campbell, was fully engaged.

It was then that he had his serve broken when he failed to retrieve cross court winner from Cilic. Having scampered in vain across the baseline to try and retrieve it, Nalbandian suddenly launched an almighty drop kick at the wooden plyboard which housed the chair of Yorkshire line judge Andrew McDougall.

The splintering caused a nasty, bloody gash on his shin, and he leapt out in shock, pulling up his trouser leg to expose the gaping wound.

In the stands shock turned to anger as it became clear that veteran Referee Tom Barnes was disqualifying Nalbandian on the spot. In soccer parlance it was a straight red.

The tournament was already being overshadowed by football, with England’s bid to win the European Championships in full swing. Andy Murray had been knocked out of the second round, and among the assembled media we had earlier joked that the umpire might need to be attacked for this to make the back pages.

Truth can be stranger than fiction, and the final became global news, as it turned out.

‘I had been watching it quite relaxed in my office and I put my head in my hands thinking ‘I can’t believe this has happened’,’ says Kermode, who fairly sprinted down to the court as the crowd began to chant ‘Play on, play on!’

‘I tried to persuade Tom not to disqualify him because I felt it was my responsibility to try and protect the tournament, but I knew he had no option. It was the first time I had ever seen Queen’s turn in to something more like a football crowd, it was quite intimidating.’ 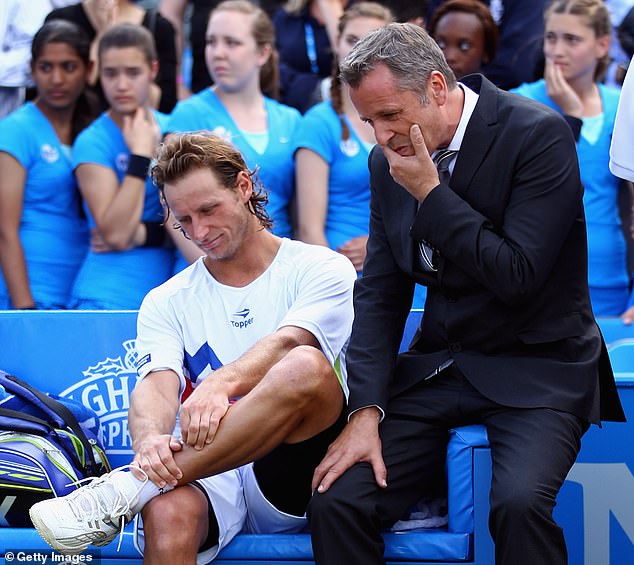 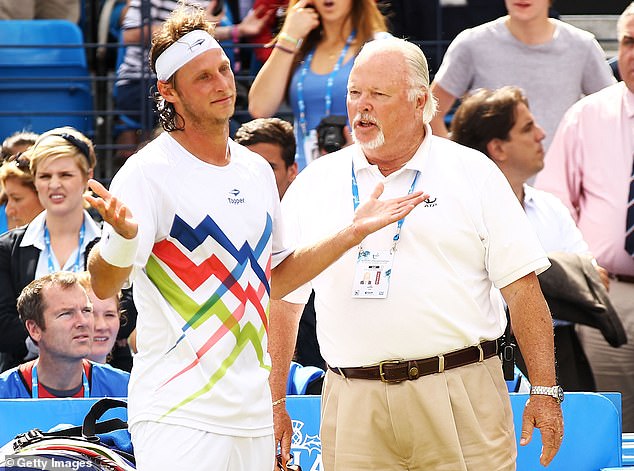 Amid the pandemonium a presentation ceremony had to be hastily organised: ‘The players didn’t really want to do it. Marin could sense the atmosphere, and that he hadn’t won it legitimately, while David was stunned.

‘The head of Aegon (the main sponsor) was there and he wasn’t best pleased. I remember telling him ‘I know this sounds mad, but there might be some positive upside in that we are now going to get a lot of coverage.’ I think he was quite tempted to take a swipe at me.

‘In fairness he contacted me the next day and said, ‘We were on Good Morning America’.’

There was more to come, once Kermode had persuaded Nalbandian to do an interview on court with Sue Barker, who did not shirk her responsibilities to ask some awkward questions.

Bizarrely, he combined an apology with an attack on the ATP Tour: ‘Sometimes you get frustrated and make a mistake. Sometimes you feel a lot of pressure from the ATP trying to play a lot of tournaments,’ he said. ‘There are a lot of rules and sometimes they don’t do anything. ATP do a lot of mistakes to the players and nothing happens.’

The player was more contrite later. ‘I went to see him in the locker room and he was distraught, both him and Marin were in a state of shock,’ says Kermode.

Queen’s had not seen such scandal since a young John McEnroe famously told a previous Chairman’s wife where to go, in no uncertain terms, when she asked him to vacate a practice court she had booked for a social game. 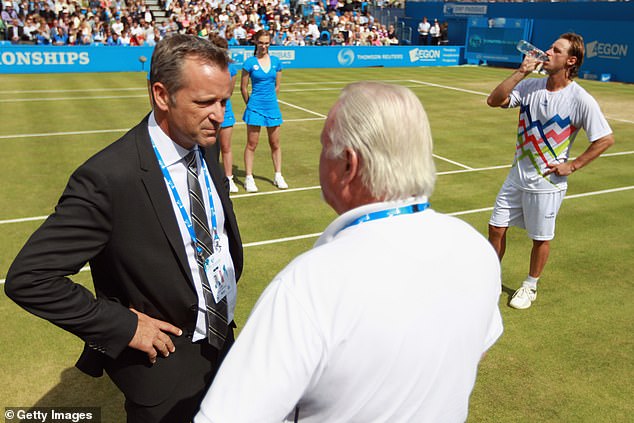 Nalbandian was always one of the sport’s more prickly characters, and retired at the end of the following season.

A Wimbledon finalist in 2002, some would regard him as the best male player of the last two decades not to win a Major. He has since achieved a degree of success as a rally driver in his native Argentina.

Kermode went on to head the ATP while Cilic, who was beaten in the next year’s final by Murray, remains the last first-time men’s winner of a Grand Slam, having won the US Open in 2014. McDougall, who has never been allowed to publicly discuss the incident, is still an active line judge at British tournaments.