By Georgia Simcox for Mailonline and Pa

The Conservatives suspended an activist after tweeting that a Muslim MP born in Bradford should “return to Pakistan”.

The party said Theodora Dickinson was under investigation on Friday after targeting the fictitious Minister of Labor, Naz Shah.

Dickinson responded to a message showing MP for Bradford West discussing her experience of poverty, saying, “Naz Shah hates this country so much, why doesn’t she return to Pakistan ?!

The Muslim Council of Britain, which has long criticized the way the Conservatives treat Islamophobia, called the tweet “blatant racism”. 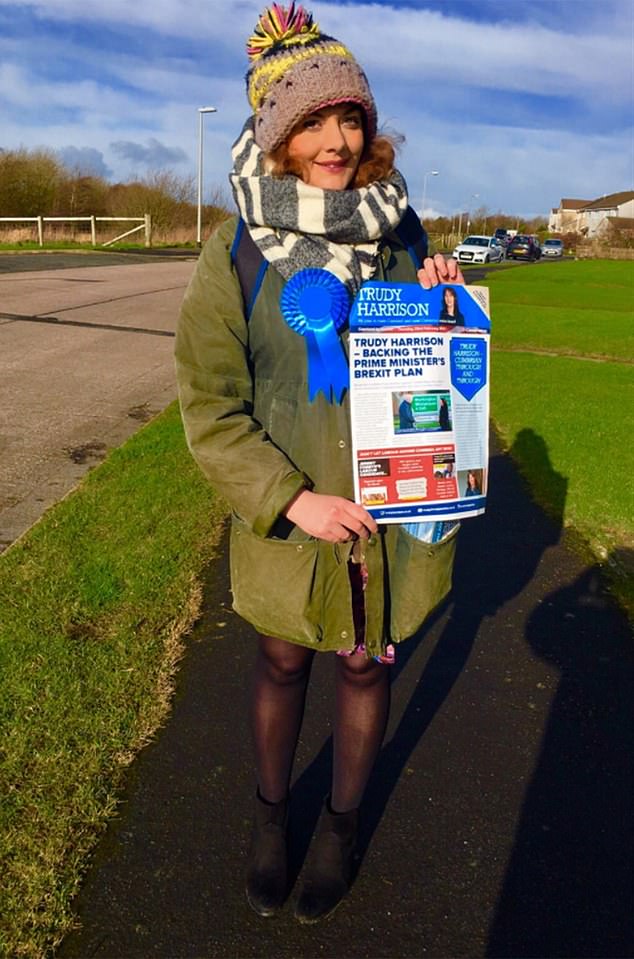 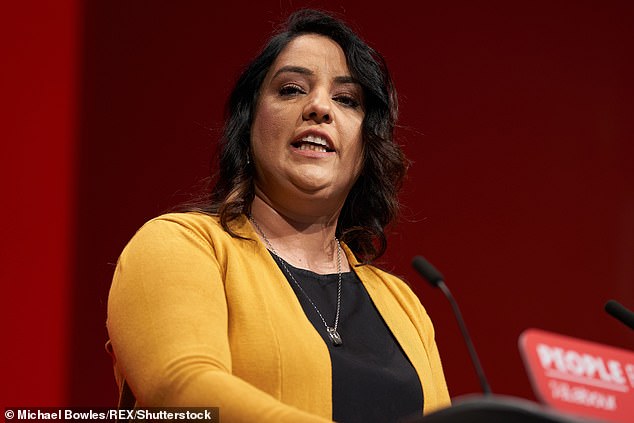 The Conservatives, who launched an independent investigation into all forms of prejudice within the party, said that Ms. Dickinson had been suspended.

Shah said: “In recent weeks, BAME communities (black, Asian and ethnic minority) have come to terms with the racism they have faced over the years.

“In 2020, he will be told to return to Pakistan, underscores the level of racism that still exists in certain circles of society.”

Ms. Dickinson, who describes herself as a political communications and social media consultant, then apologized.

“I fully recognize how offensive it was, which is why I deleted the tweet almost immediately, although that of course does not excuse you from posting it in the first place,” she added. 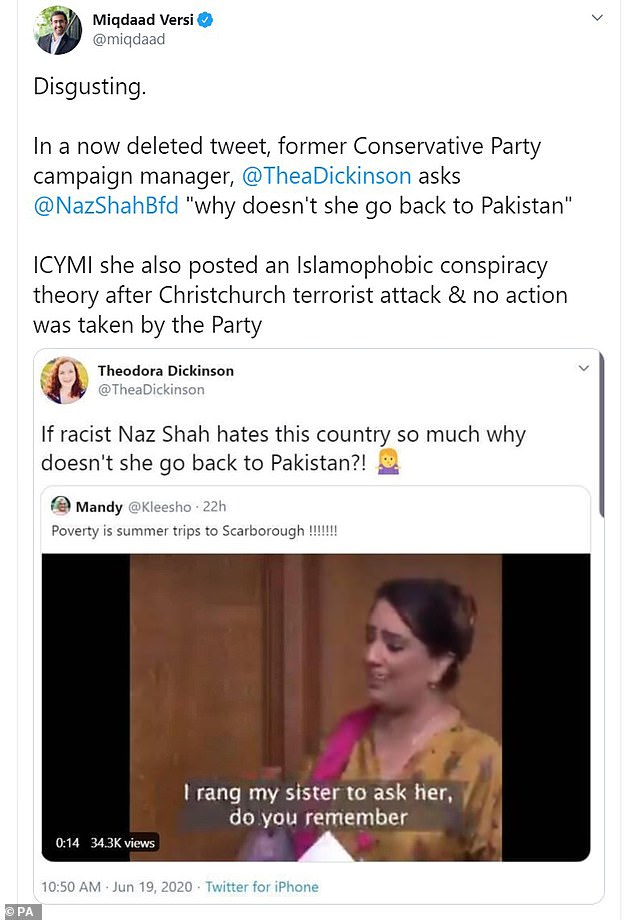 “Theodora Dickinson has been suspended pending the outcome of an investigation,” said a party spokesperson.

His conservative counterpart Lady Warsi tweeted: “ The conservative suspended this week for saying that the Muslim MP should return to Pakistan was someone I worried about over a year ago – I was told that she had been suspended.

“It is the shambolic revolving door system @Conservatives to combat racism.”

Conservative suspended this week for saying Muslim MP should return to Pakistan was someone I worried about over a year ago – I was told she was suspended avait
It’s the @Conservatives shambolic revolving door system to combat racism 🤦🏽‍♀️https://t.co/cT95LIlMJu

The secretary general of the Muslim Council of Great Britain, Harun Khan, accused Mrs. Dickinson of having previously shared an Islamophobic conspiracy theory after the Christchurch terrorist attack.

“Now Mrs. Dickinson says to a Muslim MP” why doesn’t she go back to Pakistan “. Will this latest blatant racism spark action? he said.

“ The party must reflect and reflect on the reasons why it chooses to ignore the widespread concerns about its institutional Islamophobia – if a truly independent inquiry is not implemented with its recommendations implemented, there will be a drop- drip from these stories for a long time. ”

Group of 239 scientists demand WHO admit coronavirus can linger in the air for...