In Jordan Thomas’s chosen sport, his legs are his lethal weapon. But Britain’s No 1 karate kid was once told he may not even be able to walk on those now super strong limbs.

When he was just two years old, the Luton lad was hit by a car, which left him lying unconscious on the road with a broken femur. Thomas, of course, does not remember the incident. But his horrified mum has told him the tale — and he has the hospital pictures to prove it.

‘It happened right outside my home in Luton,’ says the 2016 world champion, who is bidding to become Britain’s first Olympic karateka when the martial art makes its debut in Tokyo next year. ‘My brother crossed the road to go and see one of his friends and I followed him. 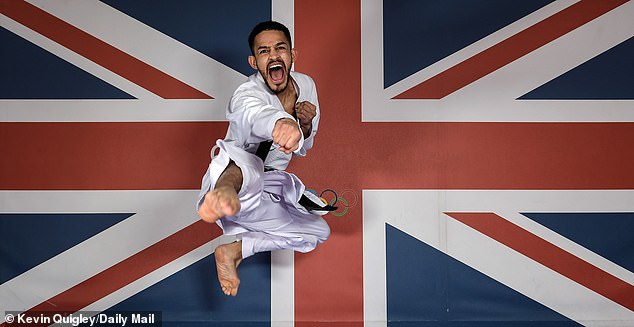 ‘I went out on to the road and I got hit by a car, snapping my right femur in half. I also cracked my head open. I was knocked out.

‘Mum heard the screaming outside and she instantly knew that something bad had happened. She ran out and saw me lying on the road. Did she think I had died? That’s the first thought when you see a kid just lying in the road, not moving.

‘Then the doctor said there was a chance I’d never walk again and recover properly. Luckily, I have strong parents who managed to get through it. But still to this day my family talk about how stressful it all was.’

A photograph of Thomas as a toddler shows him lying in a hospital bed with his right leg in a cast and a bandage on his left knee. A Mr Blobby teddy bear is with him for company. ‘He was my favourite,’ grins the 28-year-old. 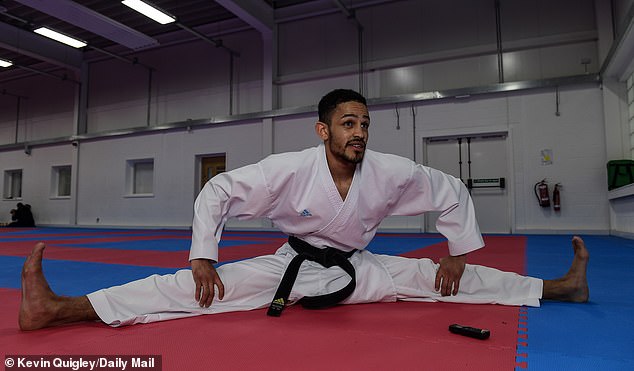 But instead of letting that accident affect his life, it turned out to be the making of Thomas, whose parents enrolled him in gymnastics lessons as part of his rehabilitation.

Thomas then took up karate at the age of four — the sport in which his dad, William, was also a world champion in 1992.

‘I have been punching and kicking since I was born,’ he says. Thomas is so flexible that, while he speaks to Sportsmail before training at the National Taekwondo Centre in Manchester, he sits doing the splits — for comfort.

‘With my dad being an ex-world champion and having a lot of clubs in Luton, I was always around that environment,’ he adds. ‘I also played football for Luton Schools. Watford said they would like me to come and have a trial. I was 14 and my dad said, “Right Jordan, do you want to do karate or football?” But for me, it was no question — karate. 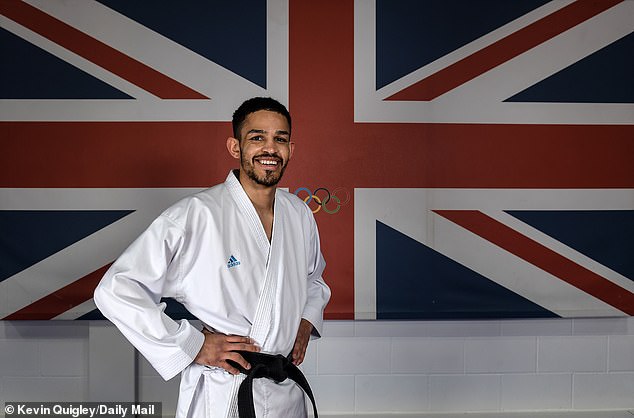 ‘I loved football but all my role models were in karate. My dad is from the golden era. All his best friends, including my godfather, are all ex-world champions and they are superstars to me. All I wanted to be is like my dad. He inspires me, but not just on the karate side. It’s also his drive and that’s in my DNA.’

Choosing a career in karate instead of football was obviously the least lucrative option. And Thomas had to work to pay his way in the sport, before he was finally awarded National Lottery funding in 2017 after karate was added to the Olympics programme for Tokyo.

‘When I was 20, I was a party leader for kids,’ explains the affable Thomas.

‘I went on to work four or five nights a week as a sports centre assistant. I was then a personal trainer and fitness instructor, and I had my own karate clubs for little children. There is no point having these skills if you don’t give back.’

Still, the GB fighter needed extra financial support to afford to compete at the World Championships in 2016 where he emulated his dad — who now coaches Hong Kong’s karateka — by winning gold. 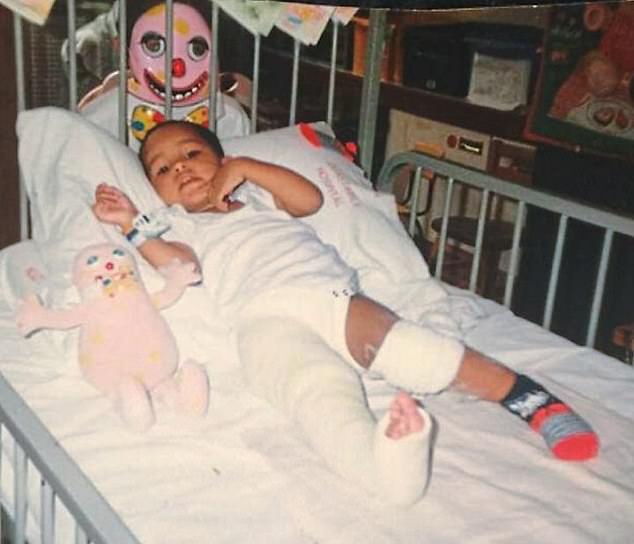 He says: ‘I actually had to do some crowdfunding. I had some very generous people that helped me out and I made nearly £2,000. If it wasn’t for certain people, I definitely wouldn’t still be in the sport.

‘But I am lucky enough now to have National Lottery funding. It has changed my life in so many ways. I’m here at the National Taekwondo Centre and they have a gold-medal plan.’

After so much struggle and sacrifice to become world champion in 2016, Thomas’s career was nearly cut short just six months later when he came close to losing his eyesight.

‘I clashed on a punch and a thumb caught the inside of my eye,’ recalls Thomas about the European Championships in Turkey.

‘It tore the tear duct in my left eye. They said that if it was one centimetre deeper, I would have lost some vision. It was worrying at the time because I couldn’t see. They sent me off to hospital in an ambulance for emergency surgery. 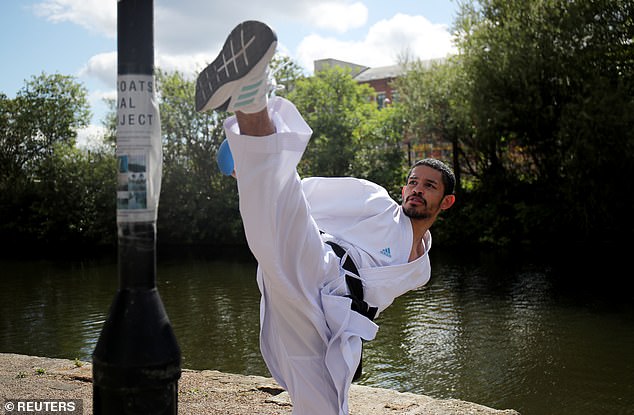 ‘All I remember is a big needle coming into my eye! They did it while I was awake. They had to stich inside my eye and I could feel everything that was going on. I was in pain and thinking, “Are they even doing it right?”’

Fortunately, those Turkish medics were correct and Thomas got his full vision back. Now he has his eyes set on next year’s rearranged Tokyo Olympics.

Due to coronavirus, Thomas’s next competition is not until March 2021, and the Olympic qualifiers are now that June.

With the first five of 10 spots already taken in his 67kg kumite category, Thomas — who has had to push his wedding back by a year from May 2021 — must win a medal in that event to make it to Tokyo, or hope for one of two wildcard places.

The pressure is most definitely on as not only is this the first time karate has featured at an Olympics, it also looks likely to be the last. The martial art has already been omitted from the programme for Paris 2024, a decision which looks set to be confirmed in December.

‘Being added to the Olympics has completely changed the sport so it’s a shame we have been taken straight back out without even seeing us in the Olympics,’ adds Thomas. ‘My whole world could change, but at least I’ve been a part of this Olympic journey. It’s the biggest thing in karate’s history and to have this chance and at my physical peak, I am a very lucky man.

‘The dream is now. I feel like if you get me in that mix, you are going to see something very exciting. We are going for that gold. Bring it on.’

Body of a swimmer has been pulled from a water-filled quarry after he ‘got...