You only live nice: Author reveals James Bond’s London address – a £5.2million property in one of Chelsea’s most desirable squares

By Faith Ridler For Mailonline

An author claims to have located the London home where creator Ian Fleming placed James Bond – a £5.2million terrace in one of Chelsea’s most desirable streets.

William Boyd, who wrote the Bond continuation novel Solo, believes the author imagined his character lived in a Grade-II listed property on the stunning Wellington Square.

He pinpointed the location of Bond’s home while researching for his novel, which was published in 2013, the Times reported.

He re-read all Fleming’s stories and found vital clues about its location and interior in Moonraker, Thunderball and From Russia with Love. 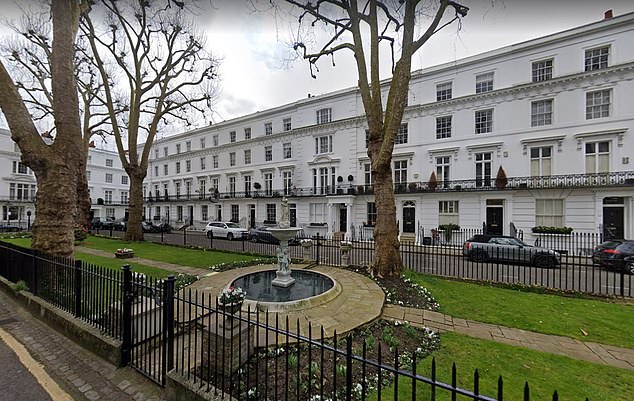 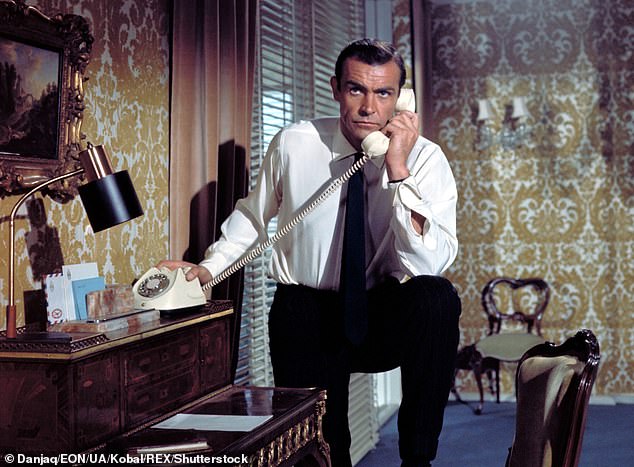 Mr Boyd claims he pinpointed the location of Bond’s home while researching for Solo, which was published in 2013. Pictured: Sean Connery as Bond in From Russia With Love

Bond’s creator refers to his home as a ‘comfortable flat in a Plane-tree’d square off the King’s Road’ within Moonraker, Mr Boyd says, before he ‘let slip a crucial co-ordinate’ in Thunderball.

In the 1961 novel, the ninth in the series, Fleming describes Bond driving out of the square into King’s Road and then ‘fast up Sloane Street and into the [Hyde] Park.’

This led Mr Boyd to conclude Wellington Square was where Fleming imagined 007’s home, an opinion shared in a biography of Bond written by John Pearson in 1973. Here, the exact house number was identified as 30.

However, Mr Boyd believes it is more likely to have been No 25. The home had belonged to The Sunday Times literary critic Desmond MacCarthy when Fleming worked at the newspaper as foreign manager.

The terrace has five bedrooms, two bathrooms and three reception rooms, one of which was described as a ‘long, big-windowed sitting room’ in From Russia with Love.

MacCarthy and his wife Molly were ‘legendary entertainers,’ says Mr Boyd, and it is ‘highly probable that Fleming went to one or more of the MacCarthys’ parties.’ 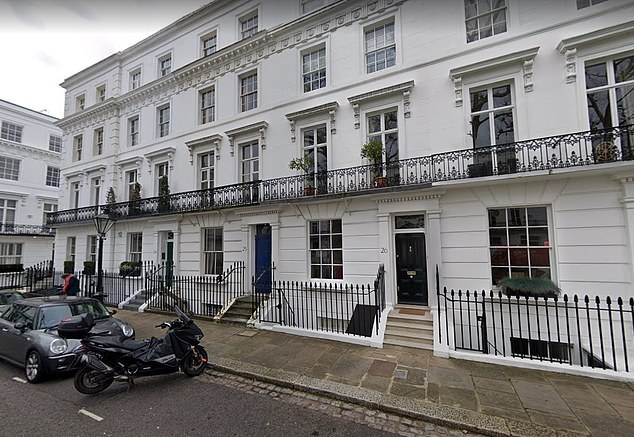 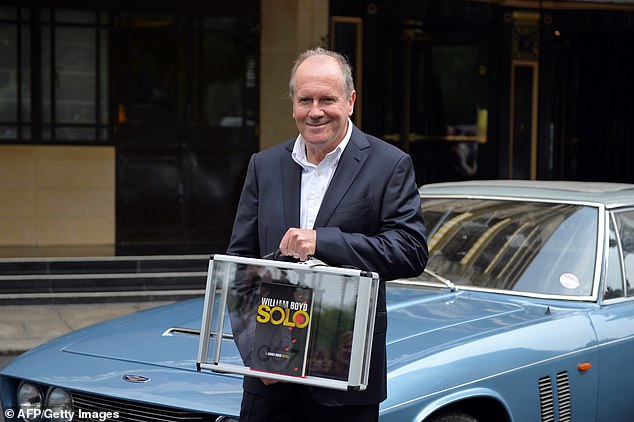 The home in Wellington Square was owned by the MacCarthy family until last year, when it was sold to Frank Cordes and architect Iride Rosa.

The couple told the Times they were interested in the house because of Mr MacCarthy’s connection with the Bloomsbury Group.

‘I am a huge James Bond fan,’ Mr Cordes, of Boston Consulting Group, said. ‘I thought this might be my ticket to an Aston Martin but it is the mortgage that will probably stand between me and that car.’